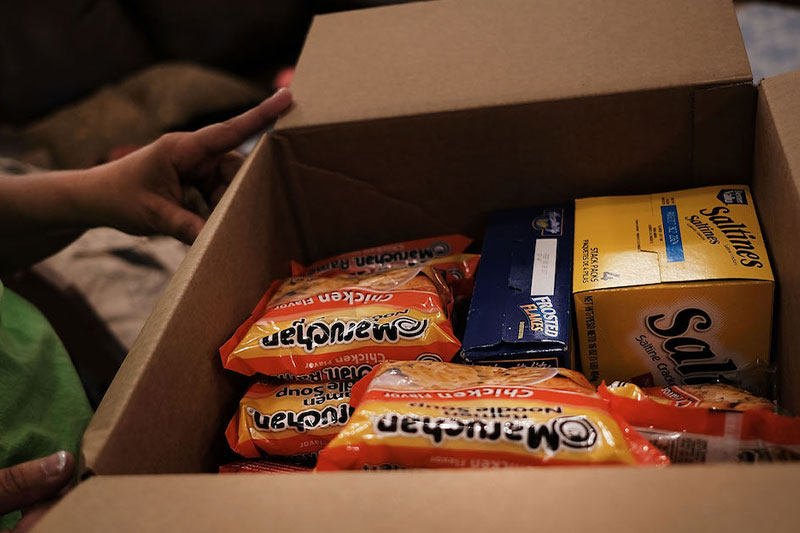 The idea of “America’s Harvest Box” shouldn’t be government agencies buying shelf-stable food ingredients and putting them in a box to be delivered to the recipients’ doorstep. The idea of Harvest Box was conceived from meal kits, but it was made distant due to self-interest lobby groups. The Trump administration should reflect on the poor reception of the first pilot Harvest Box program, and acknowledge that Harvest Box will only succeed when its reverted back to its conception idea.

Supplemental Nutrition Assistance Program (SNAP), formerly known as the Food Stamp Program (FSP), is the largest public assistance program administered by the U.S. Department of Agriculture (USDA), under the Food and Nutrition Services (FNS). In FY 2018, the program on an average served nearly 39.7 million people monthly living in about 20.4 million households. With origins in the Great Depression period, SNAP began as a pilot program in 1961, and was permanently authorised in 1964. Since then, participation and expenditures have grown and declined in response to economic conditions and policy changes. In response to economic changes as well as changes in the political landscape, policymakers have made many revisions in the program’s design, which often involved trade-offs - enhancing one program goal at the expense of another.

SNAP is the cornerstone policy of USDAs food and nutrition assistance program, and a critical component of the United States social safety net for low-income households. Today, it benefits about 13% of the total U.S. population in augmenting low-income households obtain a nutritionally adequate diet. SNAP includes among its goals to increase food security and reduce hunger by increasing food access, a healthful diet, and nutrition education for low-income Americans. Various studies have shown that it is extraordinarily successful in achieving its main goal of reducing food insecurity and hunger, and in addition, improving the overall well-being of low-income Americans over multiple other dimensions. Of particular importance are:

In addition, SNAP stimulates economic activity during an economic downturn and serves as an automatic stabiliser for the economy. SNAP benefits not only support a household’s food purchasing needs, benefits also augment the income and spending of others such as farmers, retailers, food processors, and food distributors. USDA Economic Research Service (ERS) has estimated a multiplier effect of SNAP benefits on Gross Domestic Product (GDP) of 1.54; that is, an increase of $1 billion in SNAP benefits in a slowing economy increases GDP by $1.54 billion and supports 13,560 additional jobs. Despite the resounding success of SNAP, it has many drawbacks and design issues. Of particular importance are:

The increasing challenges in delivering maximum benefits to low-income American households enrolled in SNAP program led the Trump administration to propose the idea of “America’s Harvest Box”. It delivers innovation in policy. The America’s harvest box would be “a bold, innovative approach to providing nutritious food to people who need assistance feeding themselves and their families,” Secretary of Agriculture Sonny Perdue said in a statement. “It maintains the same level of food value as SNAP participants currently receive, provides states flexibility in administering the program, and is responsible to the taxpayers.” The proposal recommends the creation of a “Blue Apron-type” program that would ship food packages known as “America’s Harvest Box” to SNAP recipients receiving more than $90 monthly in benefits nationwide, which would encompass 81% of the total SNAP recipients. Thus, the new Harvest Box would take the place of half of SNAP recipients’ current benefits and replace with shelf-stable food products such as milk, juice, ready-to-eat cereals, peanut butter, canned beans, canned meat, poultry or fish, and canned fruits and vegetables. The USDA argues that by purchasing directly from the producers, it could deliver food at approximately half the retail cost, saving about $129 billion over the next 10 years.

The Trump administration believed that this commonsense proposal is a win for SNAP recipients, taxpayers and farmers. The Harvest Box will use America’s agriculture abundance to provide wholesome staple foods, while allowing people to make their own food purchases with the remaining portion of their SNAP benefits. The Trump administration pitched Harvest Box as a “bold, innovative approach”, however, policy experts raised critically important questions about the efficacy, fairness, and overhead costs of the Harvest Box program. Of particular concern are:

Unfortunately for SNAP recipients Harvest Box initiative solves a non-existent problem and the policymakers are still debating on the need for reforms in SNAP policy. Harvest box was a novel idea but it was poorly executed, and the Trump administration failed to capture the full extent of innovation ongoing in the food industry. Harvest Box resembled nothing like “Blue Apron-type” program rather it was designed like Blue Apron had socialist hangover. Blue Apron, irrespective of its flawed business model, at least allow consumers to exercise their choice on 14 different options available. Blue Apron hasn’t been very successful and has received many criticism itself, however, it achieved an important milestone, of capturing consumers imagination that meal kits are a viable alternative to traditional grocery shopping and meal cooking. Meal kit industry is still in its infancy, and basing the success of an entire industry on the success or failure of one company is unjustified. Regardless of criticism received, taking US federal budget for 2019 as an indicator, then the Trump administration is not keen on losing the idea of “America’s Harvest Box”, but pushing Harvest Box closer to the true definition of meal kits can be win for all the stakeholders involved in the SNAP ecosystem. Meal kits has numerous advantages and of particular importance are:

Today, the average cost of value meal kits is approx. $4 per person per meal (ppm), while the average cost of a meal for SNAP participants is approx. $2 ppm (not accounting for the opportunity cost of time lost in transportation, grocery shopping, etc). Meal kit industry is a quintessential example of perfectly competitive industry; a large number of firms competing with identical products sold by all firms, perfect knowledge of prices and technology, and very low entry and exit barriers. Meal kit industry is less capital intensive and low technology industry, which will enable many new small businesses to enter the market. Most large grocery stores have their existing meal kit brand and the fierce competition between these stores have already brought the consumer prices down. However, the prices of meal kits are still higher than the food budget of SNAP participants, mostly due to stagnant market conditions. Allowing local businesses such as restaurants and other local meal kit companies that want to cater meal kits to SNAP participants will introduce new competition in the market, improving the operational efficiency and further reducing the consumer prices. Moreover, these local businesses are more aware of local taste preferences, thus these businesses can creatively utilise the incentives provided by state governments to include commodities that are in surplus. In addition, allowing local businesses to operate in meal kit industry eligible for SNAP recipients will create local job opportunities and strengthen the local economy. Therefore, with all its advantages, the government should consider opening-up the meal kit industry for all businesses to serve SNAP recipients.