Globalization; The Birth of Meal Kits 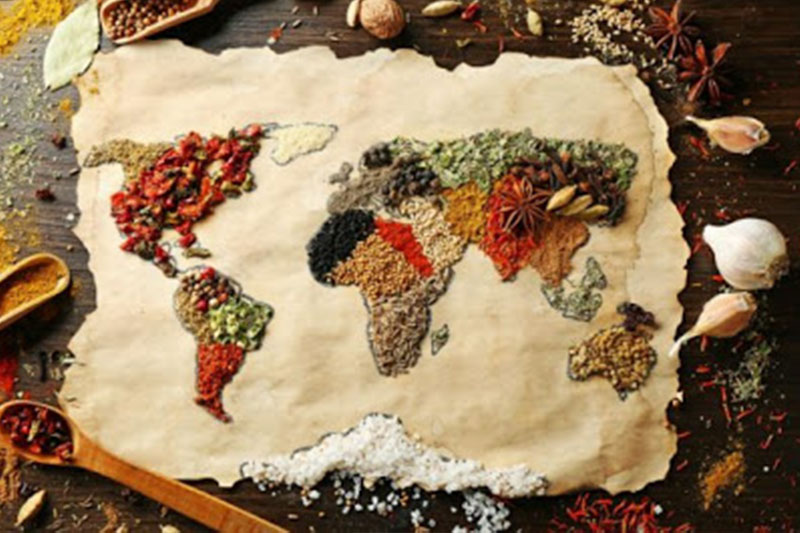 Globalisation describes unity between nations and their economies, coalescing into a larger whole, often with the intention of facilitating international trade. Technological advances have enabled rapid globalisation, with communication and transport boundaries on an all-time low. Sharing of ideas, information, knowledge, goods and services between countries and continents falls under the objectives of globalisation.

Unprecedented changes and evolutions, have occurred in the food industry over the past two decades. These changes, have been facilitated by the rapid developments in technology; communication and transport, have now become much easier and faster. Interactions occur on a global level and this has birthed new ideas, establishment of business connections, with alterations and modifications to culture. The meal kit; one of the major evolutions in food industry, came about as an indirect effect of globalisation and the points outlined below reveal why.

The Thrill in The New

As discussed above, globalisation birthed opportunities for international communication and exposure. Humans by nature, seek thrill in new experiences and its effect on the food industry was inevitable. Before the rapid advances in Information and Communication Technology some two decades ago, the different options for home cooked meals were limited. Meals were repeated and kitchen pantry was optimized.

However, with almost unlimited access to information that came with the silicon age, people started to take interest in cooking international dishes as regular food. As the ingredients for these special cuisines were not readily available, the need for meal kits which provided a means of purchase for these ingredients was created.

Industries; restaurants and their partner food delivery services that produce meal kits, exploit this to their advantage. To stand out, the suppliers provide meal kits for food that is not easily accessible; foreign cuisines. Also, most meal kits come with a recipe on how to prepare the food, enabling consumers to cook their cuisines of choice at home.

Foreign cuisines require special ingredients and skill, to prepare them. Since these ingredients are not readily available, meal kits can be quite expensive considering transport costs. Also, the given recipes can be quite technical to follow, the end result being multiple failed attempts. They also necessitated an enlargement of existing kitchen pantry, as a wider variety of ingredients were brought into the home.

With globalization came new business ideas and partnerships, leading to the founding of companies, firms and industries. With industrialization at its side, there was a huge increase in the demand for human labor, on a global scale. A huge fraction of the world’s population, joined the labor force. Alterations in priorities and schedules were made, as people now had less free time, for other day-to-day activities.  While many people still able to manage going to the grocery store for home cooked food, an equal lot gave in to the convenience of Meal Kits.

Meal kits were specifically targeted towards the working class, who do not have much spare time to go grocery shopping. Offering convenience via home deliveries from restaurants of their choice, many people have implemented them as a daily routine. People still get to cook their desired foods, while eliminating the need to go grocery shopping.

Ease and Speed of Transport

As technological advancements were made, faster and more efficient transport systems were created and established. The meal kit business became feasible as ordered meal kits could now be delivered at doorsteps in a very short time, thanks to online delivery services. As an extension of the first reason outlined above, people’s interest in foreign dishes could now be realized. Initially, the thought of a long wait for imported ingredients to prepare a foreign cuisine was discouraging; local foods remained the preferred choice. However, the dawn of high speed aerial flight meant that ordered meal kits could move between countries and continents, in a matter of hours. The meal kit business had fallen on fertile ground, and it expanded into a multi-billion-dollar industry in no time.

The origin of the meal kit; globalized food on the move, can be traced back to the dawn of globalization. Owing its success to technological advances, the meal kit exploited the curious, experimental and comfort-seeking natures of people. The high speed of the modern world also contributed to its growth by eliminating the need to grocery shopping, thereby saving time. Online food delivery services like GrubHub, UberEats with their partner restaurants, are now adding meal kits as another vertical, creating a source of extra revenue.

Just as the meal kit comes with its pros, it also has its cons. Firstly, the issue of waste comes into play as outlined above; the recipes of some meals might be quite hard to follow. Also, the price of meal kits with delivery charges on the long run can incur losses, as compared to purchasing ingredients in bulk from the grocery store. In the end, the meal kit has revolutionized the food industry with its benefits. However, many debates between professionals are ongoing to determine whether the meal kit business is sustainable.

Only time will tell.

The meal kit exploits some of our basic human instincts;

The need for comfort, curiosity, experimentation and the influence of others on us.