Story of 2 people who went from foodies in love to no longer foodies, no longer in love. 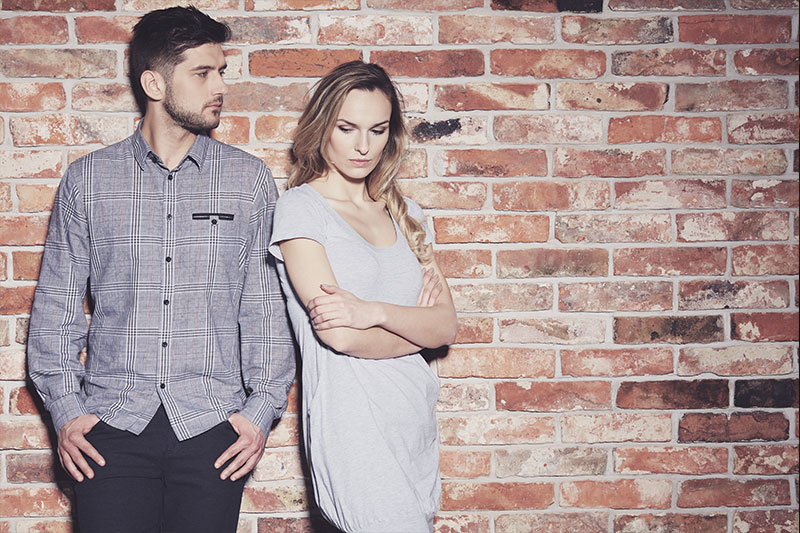 David and Jennifer were college students who just moved to New York for their post-grad. Both of them attended different classes, but one day they found each other when Jennifer went up to the restaurant owner at Rozzario’s to ask about their signature pesto sauce and found David fighting with the owner to give him the recipe.

They created a list of 30 restaurants and their favourite dish from each of these restaurants. When 27 of these 30 dishes matched for them, David and Jennifer realised that their love for each other came from their love for food.

Instead of going to restaurants each night, they decided to prepare the dishes together. This way they would be able to eat their favourite dishes each night and remain in their budget at the same time. Each day, after their classes David and Jennifer would prepare the recipe and go out and purchase the ingredients for their meal. They would visit different and pick each of the ingredients needed for the meal.

They enjoyed their time cooking and eating more than ever before as the couple spent time eating what they loved with the person they loved. Their friends started calling them foodies in love as it perfectly described the couple, the foodies who fell in love.

It was not possible for both David and Jennifer to buy the ingredients together, so they decided to take turns in buying the groceries. To prepare the dishes some days they purchased truffle oil, and some other days they purchased olive oil. They bought fresh vegetables each day, but when they were running short of time they would make the dish without some of the ingredients.

One day Jennifer went out to buy the ingredients for preparing Kung Pao Chicken from the Wok of China, with the item list that David had prepared. She bought everything including the spices and the garnishes. That evening as David and Jennifer started to cook the meal, David tossed all the ingredients in the pan, and before he put the soy sauce he noticed that Jennifer had bought the Light Soy Sauce instead of the Dark Soy Sauce.

Without the proper soy sauce, the dish was ruined and so were their moods. David was angry that Jennifer brought the wrong ingredient and Jennifer was angry that David did not specify the type of Soy Sauce in the list. Besides Jennifer bought the Light Soy Sauce so that they could use it with Sushi over the weekend. But David was not bothered, as without the perfect ingredient the food did not taste the best.

A couple of days later, Jennifer was chopping asparagus for the risotto asparagus crem from Oliver’s Kitchen. As the restaurant added both white and green asparagus in the dish, Jennifer was chopping both the varieties and she cut her finger while doing so. David immediately took her for medical attention, and the couple ended up eating out that night. The asparagus and rice were left at home and ultimately found a spot in the corner of the fridge.

After cooking 10 meals together, David and Jennifer realised that they had already spent 60% of their budget. They had been minimally using the ingredients and their refrigerator was overflowing with food, some of which had gone stale. They realised that they needed to be more efficient with their purchases if they wanted to achieve the 30 meals within their budget.

In order to use the ingredients they had already purchase, David and Jennifer reorganised the dishes and even replaced some of their favourite dishes with less favourite ones. Out of 30, only 18 dishes were left on the list, with rest of the 12 evenings absolutely boring with boring or cold food. Due to budget and time constraints, the thrill of cooking the perfect meal and their favourite dish gradually started to fade away.

They started to realise that planning, purchasing and preparing ingredients each day was an uphill battle. Often the couple had to cook till late night, especially when the ingredients had to be pre-cooked. This resulted in them getting fatigued and often losing focus in their post-grad classes. They started to get frustrated, and the foodies in love started to derive lesser pleasure from their meals.

After 15 days of being together, they realised that something was not right. They were no longer enjoying their dishes and were constantly fighting when they were together. They were tired of the problems of cooking together and had decided to part their ways.

They decided to go back to Rozzario’s, where they had first gotten together. They ordered the spaghetti in the signature pesto sauce and started talking about their journey. The foodies wanted to re-create their favourite dishes together but faced so many problems while doing so. It is not easy for couples like David and Jennifer to cook their favourite meal each day, and that should not be the case.

We are providing a platform to all the foodies to cook their favourite meals by ordering the meal kits directly from the restaurants, without worrying about the planning, purchasing and preparing the ingredients. It provides the ingredients in the exact quantity that is required for the meal, and along with the ingredients, you will receive the recipe to cook the meal. After ordering the kit, you will receive the kit in minutes and can prepare the dish as soon as you receive them. There will be no more worries about buying or even storing any extra food.

Couples like David and Jennifer can save their relationship and enjoy cooking together, by utilising the Daily Kit platform. They will be able to cherish those moments without any complications while coping with full-time courses or jobs. Every foodie who has tried to cook and has failed will be able to practice foodism and in doing so, the company of their loved ones.